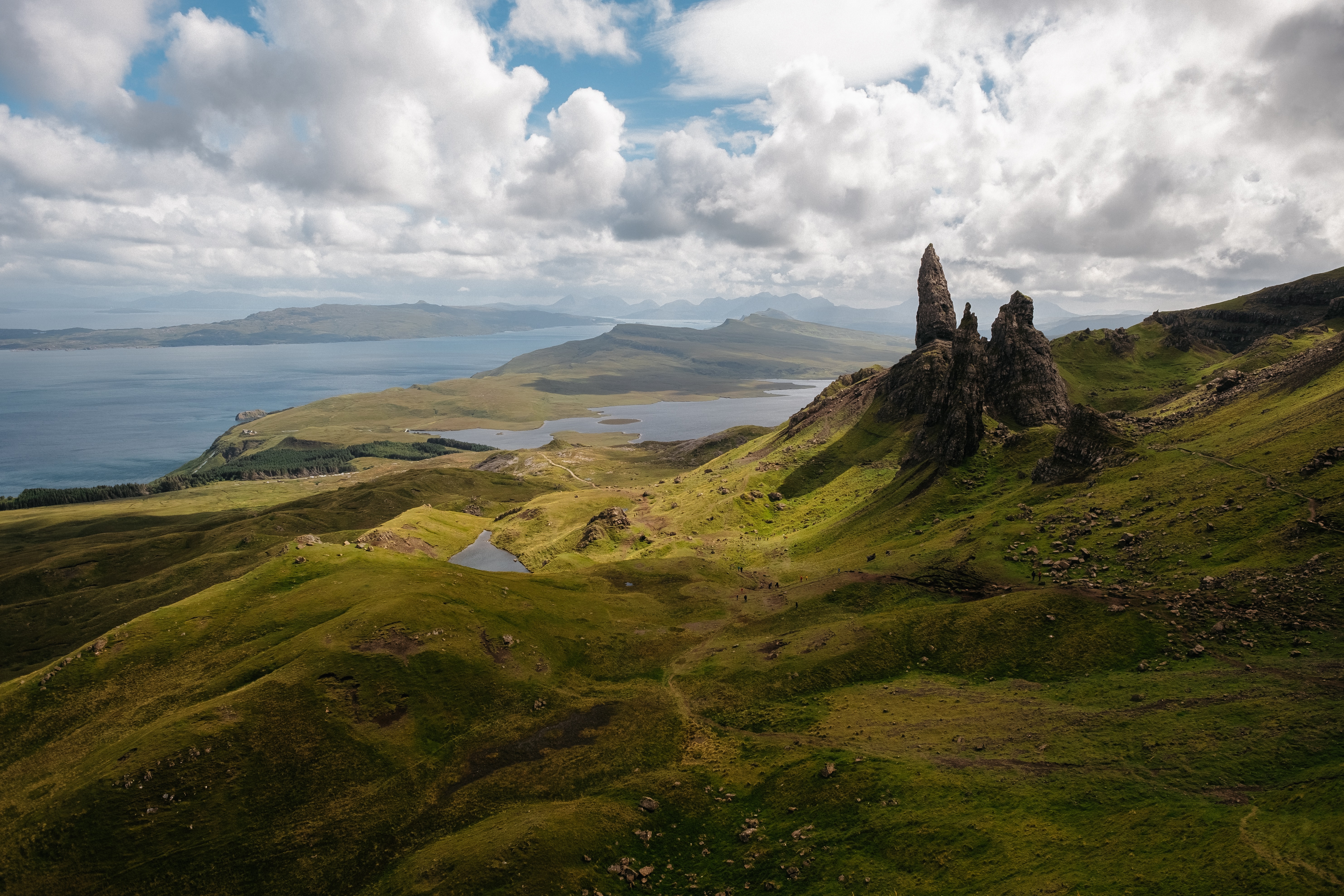 The Scottish and Irish both claim to have created whisky. In fact, the real story is a bit more complicated. While the first mention of a distilled, malt-based spirit appears in a Scottish ledger from 1494, the distillation process used to make it was first reported by the Irish monk Saint Patrick in 432.

Today, visiting the numerous whisky tours in Scotland and Ireland is an essential experience. These tours reveal just how much of an ancestral tradition whisky is in these countries, whose reputations come from the craft developed to produce it.

The whisky trail in Scotland

If you are traveling to Scotland to do some spiritourism, try visiting the whisky trail. This trail is mainly located in the Grampians region.

Scotland has more than a hundred distilleries producing nearly 350 different varieties of scotch. Most of them are located in Speyside, considered by single malt lovers to be the Golden Triangle of whisky.

The region contains two thirds of producers, which make "12-year-old" cuvées and other "blends" thanks to the area's climate and tributaries, which are particularly favorable to barley cultivation.

The distilleries of Scotland

Visiting the whisky distilleries will help you appreciate the complexity of the manufacturing process. Speyside whiskies are characterized by their round and sweet character, as well as their fruity notes.

Glenfiddich, a distillery in the town of Dufftown, now the capital of single malt, is the best known of them. Its history dates back to 1886, when William Grant decided to make the first single malts there.

The distillery's guided Pioneers Tour is recommended to introduce you to the history of this traditional Scottish drink. Visitors will first be shown the various stages of the manufacturing process (brewing, fermentation, distillation, aging in barrels). They will then get to bottle their own whisky, before ending the tour with a sampling of different drinks featuring peaty, fruity or dry flavors.

Everything there is to know about malt whisky!

Whisky lovers will also get to visit smaller, but no less famous distilleries, such as BenRiach, Benromach, Glendronach, or Glenrothes. Along the way, they may be lucky enough to see "Nessie" in the waters of Loch Ness!

If you want to learn more about whisky, stop by the Aberlour Distillery. The tour lasts two hours and ends with a sampling of five single malts. The journey would be incomplete, however, without also visiting Glen Grant and Cardhu.

To finish this road trip on high note, we recommend you visit the whisky museum. The Scotch Whisky Experience in Edinburgh will take you through the whisky making process, teaching you how to tell a "grain whisky" from a "malt whisky" or a "blend". The tour concludes with a visit to the largest collection of whisky in the world.

Spend a few extra nights in Scotland to visit the Scottish islands, whose distilleries produce whisky with a strong peaty taste and vegetal notes.

Once your scotch tour is over, take a visit to Ireland to end this journey on a high note.

The first notable difference between the two "cousins" is in the spelling. Irish producers, who were prohibited from making whiskies using double distillation, decided to produce their own "whiskey" with triple distillation—an effective way to differentiate their product from the Scottish competition. Since then, the name has been used to distinguish between Irish products and those made in the United Kingdom.

Irish Whiskey 360° provides more information about the history and culture behind Irish whiskey, which is now famous throughout the world. Dublin is a must-see destination, particularly renowned for its Temple Bar, its castle, and its distilleries.

The Whiskey Makers Experience offers you the chance to make your own blend and serves as a prelude to a tour of the Irish Whiskey Museum, which traces the history of Irish whiskey.

Dublin still has several distilleries, including the Jameson Distillery, the Teeling Distillery, and the Pearse Lyons Distillery.

Converted into a museum, the Jameson Distillery retraces its history, while outlining its process for making the Irish beverage. The immersive and interactive guided tour ends with a tasting.

The Teeling and Pearse Lyons Distilleries, meanwhile, are located in the Liberties district (the latter in an old church), and regularly open their production plants to visitors to show them their historic vats and stills.

After this stroll through the Dublin neighborhoods, it's time to trek deeper into the Irish countryside to discover more secretive distilleries, where superb products and new experiences are created.

The beautiful scenery of the Boyne Valley is home to the Slane Irish Whiskey Distillery, which has reintroduced whiskey production to the area, along with the Kilbeggan Distillery, brought back to life by a handful of volunteers who adore this ancestral craft.

Not far from there is the Tullamore D.E.W. visitor center, where you can learn how to make blends. For lovers of rare whiskeys, the Ballykeefe Distillery in Kilkenny was the first to revive the tradition of growing and distilling barley in the same place.

Blackwater Distillery, meanwhile, distills its whiskey in a pot still (i.e. with double distillation) using four different grains. This technique is different from the one used by Waterford Distillery, which alternates between column and pot stills for its production.

The tour continues with a stop in the picturesque coastal town of Dingle, where the owners of Dingle Distillery make "the best Irish whiskey" using three different copper stills. Spend a weekend in the area to enjoy breakfast with whiskey orange marmalade, another Irish tradition.

Then head back to County Mayo and the city of Galway. No one is immune to the charms of the Giant's Causeway, a coastal road that leads to the village of Bushmills and the oldest working distillery in the country. The Old Bushmills Distillery follows the entire whiskey-making process in its own factory, from distillation to bottling.

If you feel like it, take a detour to the iconic Lambay Island, just a few miles from Dublin. In this land of sea breezes and ocean scenery, come and taste an award-winning, triple-distilled Irish whiskey made with exceptional craft and a pleasant, well-balanced finish.

As all good things must come to an end, we recommend that you finish this tour with the Whiskey Walk in the Belfast Cathedral area.

May 25, 2022
The Whisky Tours takes you to the Irish and Scottish islands to discover their exceptional distilling expertise and history.
All, tourism, champagne

Discovery of the French Champagne Houses

Apr 27, 2022
The cellars of the champagne houses are full of stories and delicious bottles. We take you to discover them for a sparkling journey of bubbles.
All, wine, tourism

Apr 26, 2022
Wine tourism combines the discovery of wines with fun tourist activities. This practice is constantly reinvented over the years for the pleasure of professionals and individuals.

Discovery of the French Champagne Houses

Do you want to get notifications from this site?